An Animal’s Life After Death

A spiritualist explains what happens to animals when they die and gives some examples of pets’ spirits surviving death.

All life is one. The divine spirit animates all who share this planet and we have responsibilities towards each other. You cannot divide life into watertight, rigid compartments. All aspects of life, man and animal, must move forward together. The animal cannot be left while a man makes his evolutionary ascent-.-Silver Birch, the Indian Spirit guide, speaking through Maurice Barbanell

Sometimes, at night, my wife Jane sees the spirit of our dog William laying by the side of our bed. (In life, he was a very telepathic animal) He still comes back and visits her. I also have received hundreds of letters and e-mails from people asking if their pets have survived death, and from people who believe that they have seen their dead pet’s spirit.

Animals seem to know about death and in some cases seem to accept it. When William’s time came, the vet advised that he be put to sleep.

In my mediumistic work, I have often had cause to describe and name animals during public demonstrations or private sittings. Pets are often shown to me to add that little extra bit of evidence to the identity of the human spirit communicator. I have seen many people cry when they realize that their cherished pet is not lost forever, but will be there for them when they return to the spirit world.

It is my opinion that pets do survive death and continue to live with us in the spirit world. Let me illustrate this with an example that was quoted in a national British magazine after being confirmed by a journalist. I have changed the name to protect the woman’s identity:

‘Traveling such a long way to see the medium Craig Hamilton-Parker felt a little odd. Particularly as I wanted to communicate with my little 10-year-old fox terrier dog, Pip, who died two years ago.” says Susan Lloyd.

“I had no sense of Pip’s spirit when he died, which came as a shock. I’d always assumed his spirit would be around in some way that I’d be able to feel. So I worried that he was lost somewhere, looking for me but unable to reach me. For a long time I was very upset.

“I had also recently lost my good friend Dave. I sat with him as he died and he talked frankly with me about the next life. He also loved terriers and I told him how he would soon meet the dogs he’d lost in the afterlife.

“Dave’s death was the catalyst. I worried that I may have been wrong about the spirit dogs. I needed to know whether the things I’d said to Dave were true.

“I said nothing to the medium about anything on my mind, but Craig told me all about Dave, his personality, the way he died, and how he had left a wife and three children.

“However, his main communicator was my friend Carol. Craig put his hands on his chest and said ‘Carol is telling me that when of her passing everything was falling apart. She gives me the feeling of suffocation. She was severely depressed and regrets to say that she took her own life.” I was amazed. Carol, who had been one of my oldest friends, had taken their life five years before and had confided in me about the black moods that haunted her.

“As Craig made the link he took on Carol’s mannerisms and posture. His voice and particularly his laugh sounded just like hers. Eventually, Craig said that Carol had an important message for me. ‘Carol says that she wants to bring forward your dog. He is white and has a distinctive black patch on his tail. I can’t hear his name but it has only three letters. She says it looks like the dog in a cartoon. Tin Tin perhaps?”

‘This was the proof I was waiting for. I was a little worried because Carol didn’t like animals when she was alive. But Craig put my mind at rest: ‘Carol is happy because she is now safe. She wants you to know that your dog does not belong to her or to Dave. She brought him through because she knows how much you love him and vice versa. You have nothing to worry about concerning Pip.”

“I was able to drive back home with my mind at rest. I finally knew that Dave and Pip were safe and that Carol had at last found peace.”

GET THE BOOK:
Find out about what happens to animals when they die:

‘What to Do When You are Dead’ explores what happens after death and what happens to animals when they die. It is a powerful book that draws on near-death experiences, spiritual traditions as well as the medium’s direct experiences.
CLICK TO FIND OUT MORE 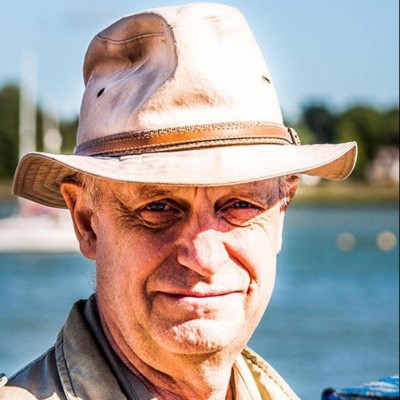 What lies beyond the Spirit World?

My Soulmate: “We were destined to be together and been dreaming of each other from an early age.”